The power of positive strokes 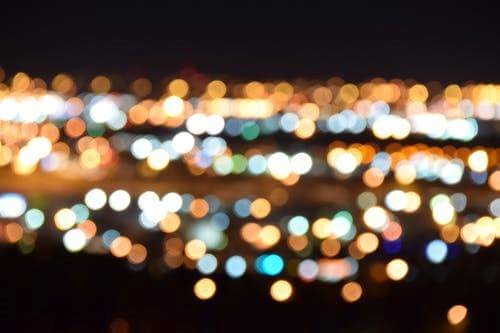 Are you sitting comfortably?  I am going to tell you a story called “The warm fuzzy tale”.

There once was a happy land where “warm fuzzies” are given our freely to each other.  As the name would suggest, when someone received a “warm fuzzy” they feel warm and fuzzy all over.  People in this land believed warm fuzzies to be crucial to each everyone’s survival as they prevented them from developing a sickness in their back.  There were plenty to go around and as a consequence, everyone was happy and felt warm and fuzzy most of the time.

One day a wicked witch decided to make a plan.  She was angry that everyone was so happy and not in need of her potions.  The witch planted the seed that the warm fuzzies may run out, causing people to become fearful about giving them out and that it was wrong to give them out even when asked.  Over time, less and less warm fuzzies were given out.  People started to develop a sickness in their backs and died.

The witch didn’t want people to die because otherwise who would buy her potions?  So she introduced “cold pricklies”.  Whilst it prevented sickness in the back, instead of making people feel warm and fuzzy, they made them feel cold and prickly.   It caused people to feel very unhappy.

Cold pricklies were readily available which gave some people an idea.  What if they were to coat a cold prickly in warm, fluffy material and try to pass them off as a warm fuzzy?  This quickly caught on and this counterfeit version of a warm fuzzy became known as a “plastic fuzzy”.  This caused a lot of confusion.  People would freely exchange plastic fuzzies but instead of making them feel good, they came away feeling bad.

One day a woman came to this unhappy land.  Unaware of what the witch had said about warm fuzzies, she started giving out warm fuzzies freely again.  The children loved her but the parents grew fearful.  They did not want to children to run out of warm fuzzies so they introduced a law to protect children from giving up their supply of warm fuzzies in a reckless manner.

The warm fuzzy tale was written by Dr Claude Steiner, one of the pioneers of Transactional Analysis.  Transactional Analysis is a theoretical model of psychotherapy to help us understand human behaviour and introduces the notion of strokes.  As tiny babies we need contact or physical stroking from our primary caregiver to survive.  As we develop into adults we still require physical stroking but we learn to accept social recognition as a substitute.  A stroke is a unit of such recognition and any interactions between individuals is an exchange of stroke.  Strokes are required for good emotional and physical health.

There are two main types of strokes:

Strokes can be conditional e.g. “you look good with your hair down” or unconditional “I love you”.  Strokes can also be non-verbal e.g. smiling.  Claude Steiner also identifies a third stroke, otherwise known as a plastic fuzzy e.g. “It’s rare for you to have cooked such a good meal!”

Strokes reinforce our behaviour, thoughts and emotions.  As children, we seek out positive strokes by trying to behave, think and feel in a ways which are acceptable to our parents and significant role models.  Conversely children will receive negative strokes when they act in ways which their parents wish to discourage.  Our need for positive strokes exists well into our adult lives and we will be motivated to gain positive strokes from our partner, family, the workplace and within our peer groups.

Sometimes despite our best efforts, positive strokes can be hard to come by.  Claude Steiner believed we exist in a stroke economy and to illustrate this he wrote the warm fuzzy tale.  He believed that in the Western world parents provide children with five rules about positive stroking:

The reality is that strokes are unlimited, both for ourselves and others.  The messages we receive from an early age from our parents can get in the way of how we both give and receive strokes.  It is liberating and life enhancing when we are able to free ourselves from these rules that have been imposed upon us.

Can you identify with any of these rules?  How about making up your own rules which seek to support good emotional wellbeing?